Pat Utomi, a staunch supporter of Buhari and his failed APC has reeled out data that proves Jonathan’s administration was not just better than Buhari’s, it was better than late Yar’Adua’s. For instance inflation was less under Jonathan. There are other things one could list. All this shows ignorance, ethnic extremism and religious intolerance made people choose a government that was bound to fail and retain them for two tenures while a much better administration was pushed out of office.

Nigeria’s leading political economist and Co-convener, National Consultative Forum, Prof. Pat Utomi at the weekend rejected a claim by the President Muhammadu Buhari administration that Nigeria is better than it met it more than five years ago.

Contrary to Buhari’s standpoint Wednesday, Utomi claimed that Nigeria was not the poverty capital of the world seven years ago, but currently had more people living in extreme poverty than any country worldwide.

He expressed these concerns on Friday during a phone conversation with THISDAY on the rising inflation rate and shrinking debt to revenue ratio, which was as high as 99% in Q1 2020 and 95% in Q3 2020.

Buhari had, in a self-assessment report Wednesday, claimed that Nigeria was better than he met it more than five years ago while hosting the Executive Secretary of the Nigerian Christian Pilgrims Commission, Revd Yakubu Pam.

While the dust raised by the president’s self-assessment report was yet to settle, the National Bureau of Statistics (NBS) released its Consumer Price Index (CPI) with an indication that inflation rate increased by 15.75 per cent (year-on-year) in December 2020 compared to 14.48 per cent in November 2020.

Unlike the last six years, the year-on-year inflation rate was 13.74% in 2010, the year former President Goodluck Jonathan assumed office after the death of his predecessor, President Umaru Yar’Adua.

Confronted with these stark realities under the Buhari administration, Utomi, founder/CEO, Centre for Values in Leadership (CVL), said: “The truth of the matter is that Nigeria is not in a good shape. Nigeria is the poverty capital of the world today. But it was not seven years ago.”

He, also, said Nigeria “is more divided and tense today than it was seven years ago. Nigeria has been getting progressively worse. Every government has been worse than the one before it. That is the tragedy of Nigeria.”

Amid worsening socio-economic indices under Buhari’s administration, the political economist warned that national disaster was looming if the country’s political leaders did not change their behaviour in public service.

Concerned about the future of the federation, Utomi said: “I have talked about this several times. National disaster is looming. The fact is that political actors do not understand the meaning of public service any more.”

In concept, the political economist argued that public service “is a place where people make sacrifices to build a greater tomorrow” contrary to the thinking of the present political leaders at virtually all levels.

He lamented that the country’s political actors “always want their rewards on earth and right now even if it destroys tomorrow,” which according to him, was the reason the federation was descending into deteriorating socio-economic and political conditions.

Utomi lamented: “If we look at the scramble to borrow and what it is being committed to, which is not in productive activities, we know tomorrow will be scary and perhaps most uncertain. There is no question about that.”

He, however, admitted that Nigeria could still be rescued out of the woods only if political actors, irrespective of their ethnic nationalities, political leanings and religious bias, could change their behaviour in public service.

To tame the country’s intractable debt crisis, the political economist observed that the policy option that the present government should consider “is to focus any borrowing on intense production concentration.

“When you produce enough to meet that concentration will not only amortize the debt, but also will also provide you more employment and expand the economy. General borrowing can only lead us to more trouble.”

In specific terms, Utomi recommended the need for all political actors across party lines “to change behaviour. There is no point in borrowing when no investor wants to invest in Nigeria because of the behaviour of our political leaders.

“Nigeria is considered an unsafe place to invest in because of the regulatory risks. The investors are more likely to fail in business because of the actions of the government than any market force. We spend so much in infrastructure and no person comes to invest. What is the point?”

Utomi, therefore, argued that the starting point to rescue Nigeria from descent into insolvency “must be the behaviour of political leaders in Nigeria. If they do not change it, we are finished. It does not matter what else we do. One business fails everyday because of the government.

“Nigerian political leaders, quote me, are irresponsible. Quote me ten times. They are ruining the future of their children and grandchildren because of unintelligent pursuit of money or reckless pursuit of personal aggrandizement,” he lamented during a short conversation with THISDAY.

MultiChoice Brings Back Step up Campaign

US Insists, China Has Something to Hide on Covid-19’s Origin
January 17, 2021 10:00 Am
Muda Yusuf
Next Section
Business
marfeel logo
Logo
Founded on January 22, 1995, THISDAY is published by THISDAY NEWSPAPERS LTD., 35 Creek Road Apapa, Lagos, Nigeria with offices in 36 states of Nigeria , the Federal Capital Territory and around the world. It is Nigeria’s most authoritative news media available on all platforms for the political, business, professional and diplomatic elite and broader middle classes while serving as the meeting point of new ideas, culture and technology for the aspirationals and millennials. The newspaper is a public trust dedicated to the pursuit of truth and reason covering a range of issues from breaking news to politics, business, the markets, the arts, sports and community to the crossroads of people and society.

The Petroleum Technology Association of Nigeria (PETAN) yesterday said Tony Elumelu’s acquisition of Shell’s OML 17 was a bold strategic move for the oil and gas industry in the country.

PETAN’s President, Emeka Ene made this remark in a statement he issued yesterday.

He said the bold move to acquire OML 17 “is certainly strategic from the industry perspective.”

According to him, three mega-trends have emerged from the impact of the global pandemic including deglobalisation, capital flight and digitalisation.

He said: “While we in Africa and Nigeria specifically may appear helpless, this scenario presents opportunities to grow from the inside-out.

“With this context investment in idle assets becomes an essential path to generating near team growth in an industry that has flat-lined over the last five years.

“Nigeria was only able to attract less that 5 percent of the over 74 billion dollars in FDI that flowed into Africa. The answer lies within and the OML 17 acquisition creates new opportunities for growth.

“The major concern is that the Nigerian investor recognises that the acquisition places a burden to utilise 100 per cent local services companies to develop the asset and not fall into the trap of believing that multinational companies are the way to go when Nigeria companies large and small have proved competence, delivered technology and operational excellence even at times of grave economic and environmental constraints.”

Rather than seek credible companies locally, he said there “is a tendency to circumvent the provisions of the Local Content Act through MOUs with fronts and briefcase operators.

“Local content is a 360 degrees commitment that applies to the Nigerian operator and the service company equally,” PETAN’s president said.

Expressing his joy at the purchase of such a huge asset by a Nigerian investor, Ene said he was confident that Elumelu recognised the strategic importance of the effort.

He said Elumelu, a Delta-born billionaire, “has always been in the forefront of Nigeria and Africa first. These are interesting times.”

SPDC had, in a statement, announced the completion of the sale of its 30 per cent interest in the OML 17 and associated infrastructure to TNOG for a consideration of $533m. The completion followed the receipt of all approvals from the relevant authorities of the Federal Government of Nigeria.

marfeel logo
Logo
Founded on January 22, 1995, THISDAY is published by THISDAY NEWSPAPERS LTD., 35 Creek Road Apapa, Lagos, Nigeria with offices in 36 states of Nigeria , the Federal Capital Territory and around the world. It is Nigeria’s most authoritative news media available on all platforms for the political, business, professional and diplomatic elite and broader middle classes while serving as the meeting point of new ideas, culture and technology for the aspirationals and millennials. The newspaper is a public trust dedicated to the pursuit of truth and reason covering a range of issues from breaking news to politics, business, the markets, the arts, sports and community to the crossroads of people and society.

[DP-100] Designing and Implementing A Data Science Solution On Azure 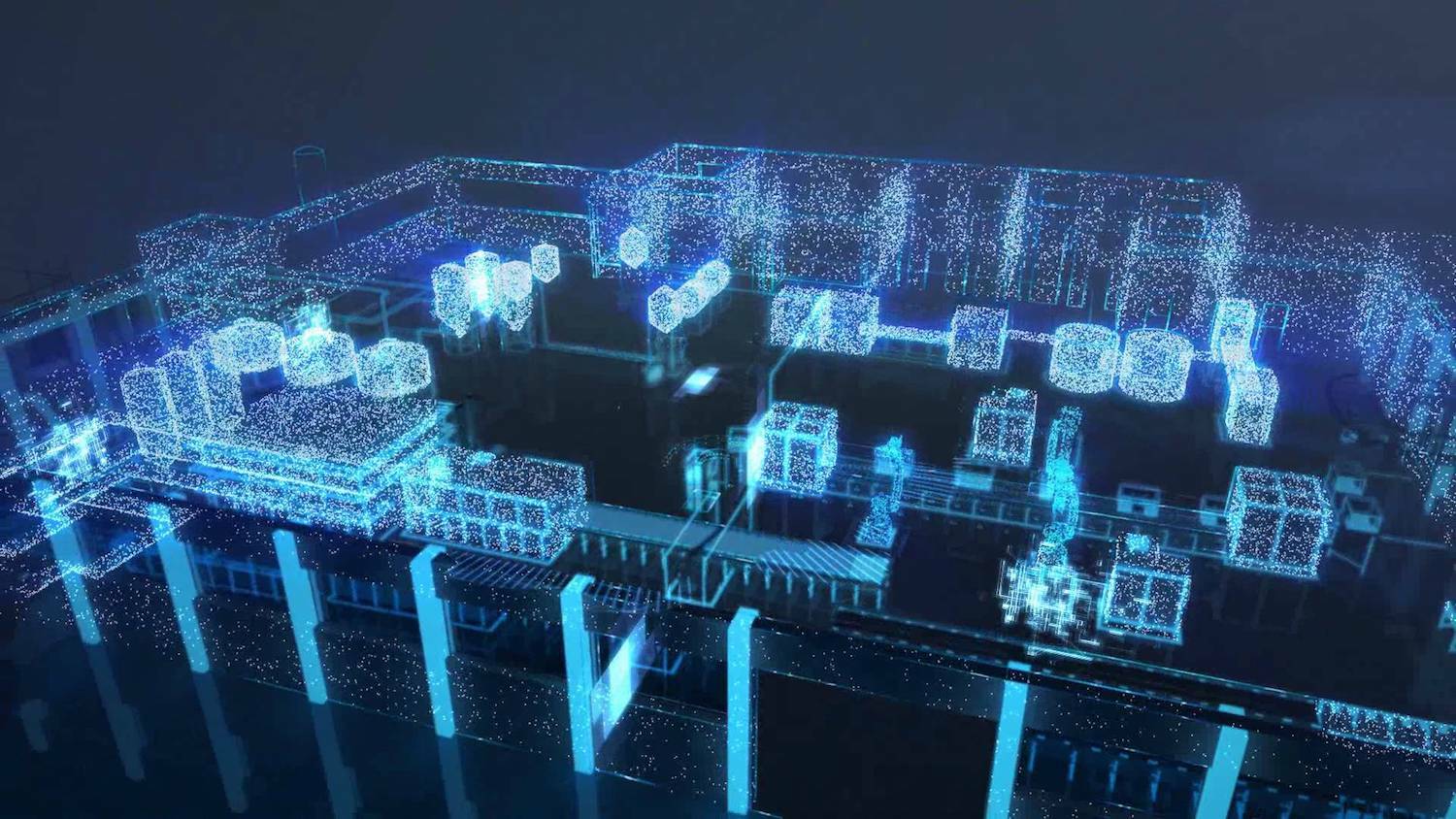 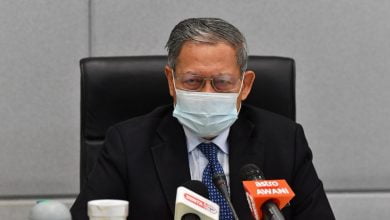 Minister: Ministry to conduct study on why only 4pc of RM1.7b economic stimulus allocation for digital sector utilised so far | Malay Mail 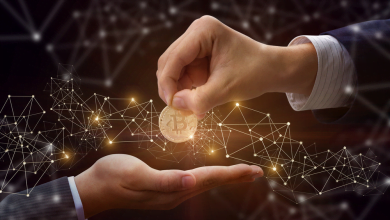 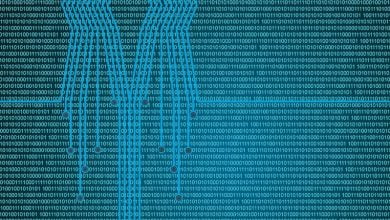 Digitalisation in the waste management sector