If all the big tech giants had their way (and they are getting close to it), virtual reality would be an everyday way of life. The push to bring virtual reality out of the game room and into the board room is in overdrive with Meta’s Mark Zuckerberg leading the charge.

Now the move to take virtual reality out of the game room and into the board room doesn’t mean VR gaming is set to go away. On the contrary, the plans concerning VR most definitely will continue to revolve around VR gaming. But Zuckerberg has big plans for VR technology, and he is betting billions that he can make it work.

To understand where we are at with the technology and equipment, we must first acknowledge how we got there. While virtual reality may appear to be a newer technology, its roots go much further back.

VIRTUAL REALITY CREATES A THREE-DIMENSIONAL WORLD WITHIN A HEADSET

What exactly is virtual reality? We went to the smart guys and gals at NASA to ask that same question and here is the definition we got: “Virtual reality is the use of computer technology to create the effect of an interactive three-dimensional world in which the objects have a sense of spatial presence.”

Okay, that’s a good start. To break it down, even more, we chose Oxford’s definition: “the computer-generated simulation of a three-dimensional image or environment that can be interacted with in a seemingly real or physical way by a person using special electronic equipment, such as a helmet with a screen inside or gloves fitted with sensors.”

While we appreciate NASA’s input, what we were looking for was a description that many of us are more familiar with – the use of special electronic equipment to freak the ever-lovin’ bejesus out of you.

While many of us may think virtual reality is a fairly new concept, you may be surprised to find out that the concept has been around for well over 180 years. Its origins date back to 1838 when Sir Charles Wheatstone was the first to describe stereopsis (roughly translated as “depth perception”). Two years later, Wheatstone would win the Royal Medal of Royal Society for his explanation of binocular vision.

In Wheatstone’s research, he was able to demonstrate that the brain combines two pictures of the same object which are taken from different points to give the picture an illusion of depth and immersion. It was this research that led him to build the very first stereoscope.

Fast forward a few years and in 1935, American author and science fiction writer Stanley Weinbaum created the first fictional model for virtual reality in his short story titled Pygmalion’s Spectacles. In Weinbaum’s story, his main character meets up with a professor who has invented a special pair of goggles. These goggles would allow the wearer to view “a movie that gives one sight and sound” and “taste, smell, and touch.”

The professor goes on to explain “You are in the story; you speak to the shadows (characters), and they reply.” He ends by saying, “the story is all about you, and you are in it.”

Does anyone out there remember the View-Master? It was a small red stereoscope that users would put round 3D reels inside. You would then slide the button down to move from one picture to the next. It was first introduced at the New York World’s Fair in 1939 and enjoyed a major boom in the ‘60s, ‘70s, and ‘80s. Believe it or not, the View-Master is still around and doing fairly good business.

Morton Heilig was a cinematographer in 1956 and he thought he had the “cinema of the future.” He had just built the Sensorama, the world’s first VR machine. His machine was built large enough to hold up to four people at one time and it combined a number of different technologies that would stimulate all the senses.

Once inside the Sensorama, users would see full-color 3D video paired with audio, smell and atmospheric effects, and vibrations. He did all of this by using a vibrating chair, scent producers for different smells, stereo speakers for layered sounds, and a large, stereoscopic 3D screen. Unfortunately, the six films he produced for his Sensorama didn’t produce the effect he was hoping for, and the machine never took off.

But the technology was there, Heilig proved that. Over the next couple of decades, VR technology continued to improve and advance. Heilig himself patented the Telesphere Mask in 1960, which became the first head-mounted VR display.

The military got involved and began producing and testing their own versions of VR equipment. More training equipment was being built around VR technology. Flight simulators were built by General Electric. But for the most part, early VR revolved mainly to train. The thought to bring them to the public and gaming didn’t come until much later.

With all these advancements in virtual reality, it was only a matter of time until someone began to develop VR for public consumption. The problem early on was that the technology was so expensive that it was felt the general public wouldn’t be able to afford it.

In the late ‘80s, two former Atari programmers decided to develop VR hardware. One of these programmers, Jaron Lanier, was the man who coined the term “virtual reality” for their equipment.

One of their big sellers was the DataGlove. This piece of equipment inspired Mattel and Nintendo to come together and build a low-cost glove of their own. They called it the PowerGlove and it came out in 1989 with two games, Super Glove Ball and Bad Street Brawler.

Although the glove sales lasted a little over one year, public interest in VR was beginning to grow. The release of the 1992 Stephen King movie, Lawnmower Man helped build interest in VR headsets, so work started on making headsets. Nintendo’s Virtual Boy was one of the first VR products released but this didn’t require a headset. Sega then introduced their Sega VR and for a while, it was a big hit.

But as gamers know, things go in waves and the VR craze wave was about to crash.

INTEREST IN THE TECHNOLOGY WAINED IN THE EARLY 2000s

Why it didn’t take the first time around is not really known. The technology was new (to the public), the games were fun, and the costs weren’t as high as they could be. Perhaps it was just seen as a novelty and not something a gamer could get into. The headsets could be cumbersome and although the technology had a high cool-factor element to it, it wasn’t as smooth a simply turning on a game and playing.

The VR trend went away. Players didn’t buy it anymore, so game manufacturers backed away. By the time the 2000s hit, VR was a virtual no-go to gamers. It lasted a good long time, and it wasn’t until a decade passed that life would return to virtual reality.

Up from the ashes, it shall rise. Virtual reality found new life. It took some time, but interest began to creep into the general public in the 2010s. The Oculus Rift was one of the first products to hit the market. It was followed by Google Cardboard and from there, the seal was broken.

Sony got into the mix by developing their PlayStation VR for PlayStation 4. Valve climbed into the VR ring when it teamed up with HTC to bring the HTC Vive to the public. Samsung wanted to play, so they entered the fray with the Samsung Gear VR, which was designed to use their Galaxy Smartphones. This was a big hit until it wasn’t. They found out their phones couldn’t handle the processing power needed to play virtual reality games over a long period of time.

Nintendo came out with their Labo VR Kit to pair with the Switch. VR was back in a big way, and everyone was wanting a piece of the action.

IT CAN CAUSE MOTION SICKNESS AND EYE FATIGUE

Of course, you can’t promote VR and actually play the game without knowing the risks involved. First and foremost, you will need some space to play. Thousands have busted their ass falling to the ground trying to manipulate the games they play. So realistic are some games that users get completely lost in them, not understanding the real world outside the VR headset.

Another issue many have faced is the motion sickness it can create. Gamers call it cybersickness and if you aren’t prepared to move around in a virtual world, it can get to you. You will feel all the nastiness of motion sicknesses like nausea, vomiting, fatigue, sweats, and disorientation. Some of you may also call this a hangover.

And there are other issues that have presented themselves to users. Eye fatigue can be an issue as can a more serious one of epilepsy or blacking out. If any symptoms present themselves to you while under the VR spell, you should discontinue playing immediately.

META IS CREATING ALL NEW WORLDS WITH THE TECHNOLOGY

Gamers are in virtual reality heaven. They have options galore and the VR game makers are coming up with so many amazing things, it’s simply, well…amazing. But games aren’t the only area VR is being used.

Meta is the new name and VR is their new fame. Or so Mark Zuckerberg thinks. Back in October, the face of Facebook announced that the popular social media site was in for a change. A name change, that is. Instead of Facebook, Zuckerberg said they were taking on the name of Meta.

His reasoning? He feels the metaverse is the future and he was going all-in on the technology and equipment. By all in, we mean $10 billion worth of all in. That is what Meta plans on investing this year alone to develop VR products like a robotic hand, high-tech VR glasses, and a number of VR software applications to get the virtual ball rolling.

Meta has already introduced Horizon Workrooms, which uses the Oculus Quest 2 VR beta software to bring the boardroom to the home office. Real-life meetings will be a thing of the past if Zuckerberg has his way.

Meta isn’t alone though. Big tech feels there is a huge business to be had so they are jumping in headfirst. Even though Google’s Glass was a failure, it hasn’t stopped them from continuing their push.

Microsoft introduced Hololens in 2015, but their $3,000 commercial suite was aimed at businesses. It has been a hit as they have developed better technology. Big companies like Toyota, Suntory, and Kenworth use Hololens.

Valve is another big player in the VR market. They have the Index headset that pairs will Valve’s Steam video games and they are getting plenty of action. Of course, there are also the Apple rumors. Don’t expect them to be left out in the cold. There is speculation that Apple has already developed its version of smart glasses and VR headsets and that consumers will see these products sometime in 2022.

Virtual reality is back, folks. You don’t have to get on board with it, but you might want to give it a try. It can be a fun, and potentially nauseating time for all.

The post The History Of Virtual Reality And Where It’s Headed appeared first on Tell Me Best.

Identifying digitalisation as a broader framework in construction 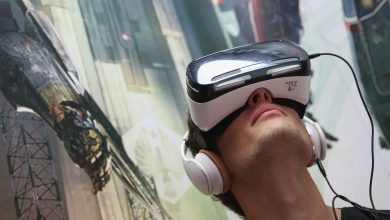 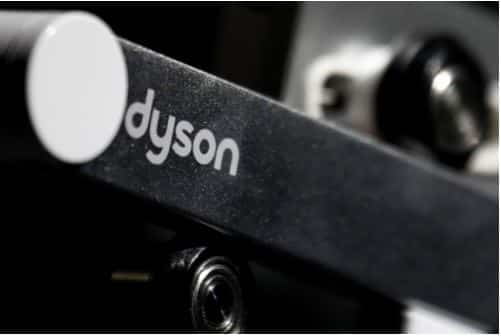 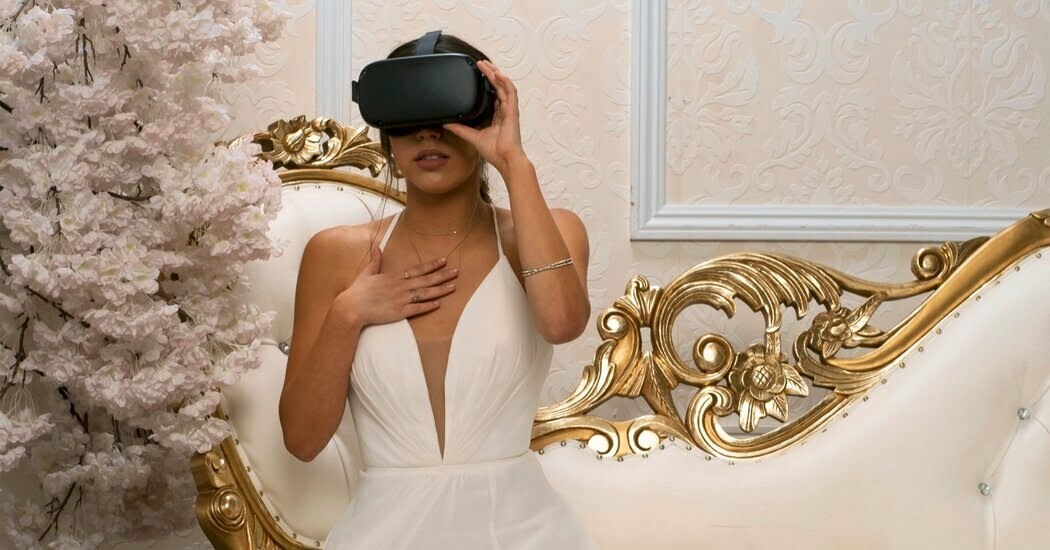 5 Tech Tools That Can Enhance Your Wedding Day 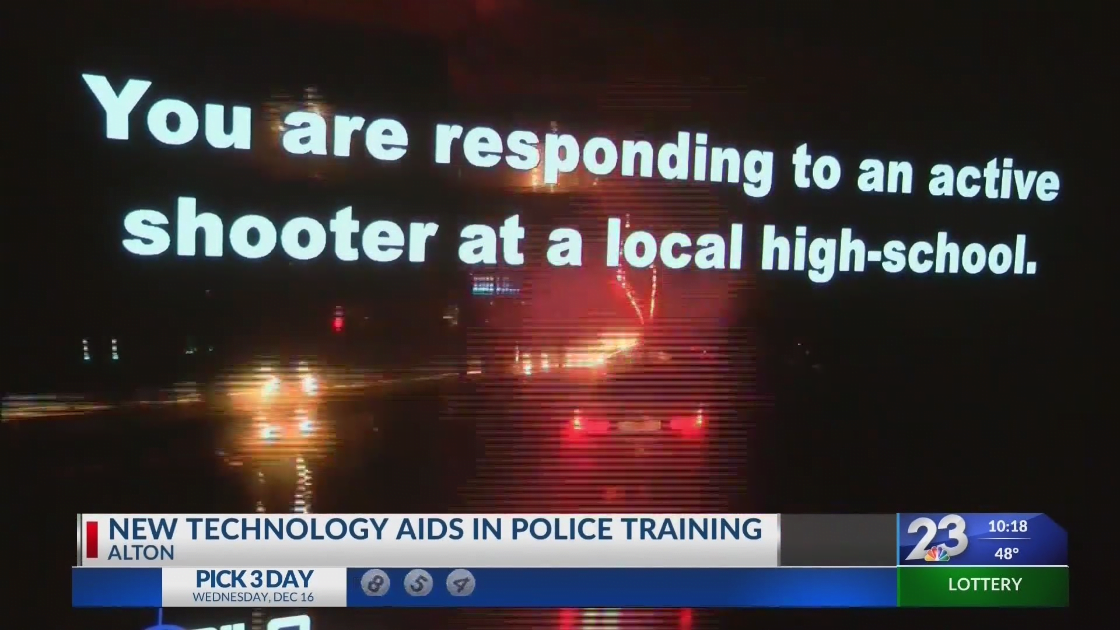