Today marks the final Monday of 2022, and before we cruise in 2023, it’s time to look back at the biggest drone news from 2022. 2022 was a year where we got the lowest-cost, smallest drones yet. The drone delivery industry continued to stay loud, announcing its many new achievements, whether it was new certifications or opening in new regions. The drone racing industry got a lift with new events and product releases. And the policy/government side was there looming the whole time, making incremental announcements in regulatory changes.

There are certainly many more big drone stories of 2022, but I contained it to these 12. But, you can leave your take on the biggest drone news from 2022 below! These are listed in chronological order, starting with events that happened at the beginning of 2022:

BVLOS final report: The Federal Aviation Administration’s Beyond Visual Line of Sight (BVLOS) Aviation Rulemaking Committee (ARC) final report published in March 2022. The report establishes a basis for scaling uncrewed flight in the national airspace. It’s a lengthy report, but in it includes a possible new Part 108 license requirement for some drone pilots. You can check out the full report here.

Disney drone light show: Also that month, Disney launched a drone light show, recurring nightly at its park in Paris. It’s called Disney D-Light, and it’s a roughly 7-minute show that uses drones to make shapes like a Mickey Mouse silhouette, as well as provide some sparkle to the backdrop of a lit-up castle, alongside other features like glowing fountains. It was made to celebrate the 30th Anniversary of the Disneyland Paris theme park.

A new, small DJI drone: In May, DJI announced the third edition of its Mini Pro line, the DJI Mini 3 Pro.

This drone stood out because — in 249 grams — we got a best-of list of every drone feature. It also contained some fresh features, such as vertical video, which is the video format you want for TikTok or Instagram. And the price point? A relatively-affordable $759 (or an even-cheaper $669 if you already have a remote controller).

Purchase the DJI Mini 3 Pro starting at just $669 (no controller) or $759 with controller now from:

Taser drones (or no taser drones): Not everyone welcomed the use of drones, including folks within the drone community. One controversial example was on June 2, when teach and weapons producer Axon (most famous for making the Taser), launched plans to build a Taser-equipped drone. The drone announced by Axon CEO and founder Rick Smith on June 2 promised to be a non-lethal weapon. But it was met with major pushback, including from the company’s own ethics board.

In response, Axon quickly shifted directions and put a pause on those plans.

A Cinewhoop style FPV drone from DJI: In August, DJI launched its first-ever Cinewhoop-style drone called Avata. It weighs just 405 grams and is just 180×180 mm (about the size of a #2 wood pencil), and it is perfect for flying inside.

Pair Avata with the DJI Goggles 2 and the DJI Motion Controller, and you have an incredibly engrossing flight experience — whether you’re a newbie to FPV or an experienced pilot.

The first European drone certification: Beginning on the first day of 2024, drone operators in Europe are going to need to fly a drone with a special class identification label if they want to fly for most types of use cases, whether they’re flying for hobby or leisure purposes.

Those class identification labels have slowly become more common, having made a major leap in August 2022 when we got the first-ever certification of a drone (which was the DJI Mavic 3 drone). Thus, we got the subsequent granting of a class identification label. In the case of the DJI Mavic 3 (and future drones that get that C1 certification), pilots who opt-in to getting the label can now fly in the open A1 category (more on that later) without needing any sort of extra permit, as was otherwise the case prior to certification.

Remote ID regulation goes into effect (sort of): The Federal Aviation Administration’s Remote ID regulation went into effect on Sept. 16, 2022. But while the rule technically did “go into effect,” there are phases. The first phase pertains to manufacturers only — stating that newly-manufactured drones must be Remote ID-compliant (the second phase, which applies to pilots, doesn’t kick in until 2023). And even still, “effect” is a bit of a loose term. The FAA said that, at least at the beginning, enforcement would be minimal-to-nonexistent.

Drones help with hurricane response: Hurricane Ian tore through Florida between Sep 23, 2022 – Sep 30, 2022, marking the deadliest hurricane to strike the state of Florida since the 1935 Labor Day hurricane. While far from welcome, Hurricane Ian did provide an opportunity for drones to be put to the test. Some drones from NASA even flew into the eye of the hurricane.

Unlike most other Wing drone delivery tests, where customers ordered food from businesses through Wing’s app, this Doordash drone delivery test is notable because it is the first time Wing is allowing its food to be ordered through a third-party app — in this case, DoorDash’s app.

Matternet gets FAA certificate: In another step forward for the U.S. drone delivery scene, the FAA approved its first ever Production Certificate for a delivery drone, which went to Matternet. That makes Matternet the first (and currently only) company able to produce certified delivery drones in the U.S.

DroneUp expands throughout Walmart stores: The year really finished up with drone delivery news from all the big players. And in mid-December, drone delivery company DroneUp announced that it had officially kicked off its drone delivery operations in partnership with Walmart, with a particular emphasis in TeXas. The same week that DroneUp’s deliveries in Texas launched, DroneUp also began operations in Arizona and Florida, with Utah to follow. DroneUp already had tests going in Arkansas.

What was your top story in the world of drone news in 2022? The most impactful, controversial, or meaningful — I want to hear it! Leave it in the comments below! 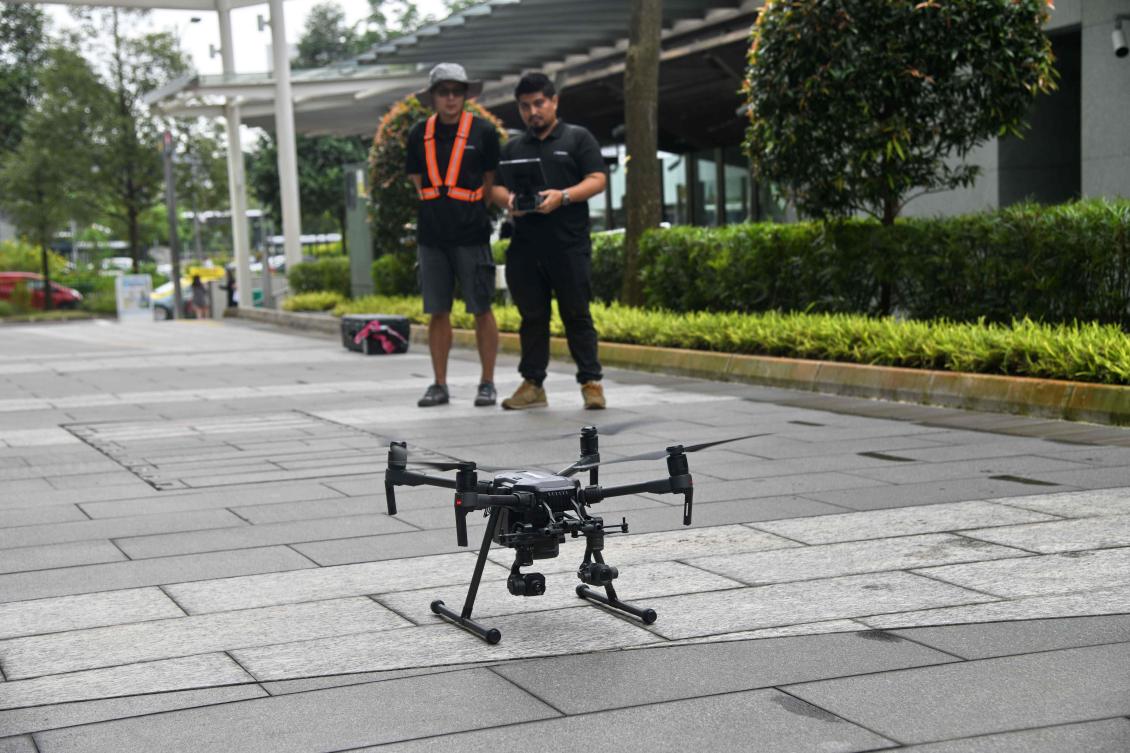 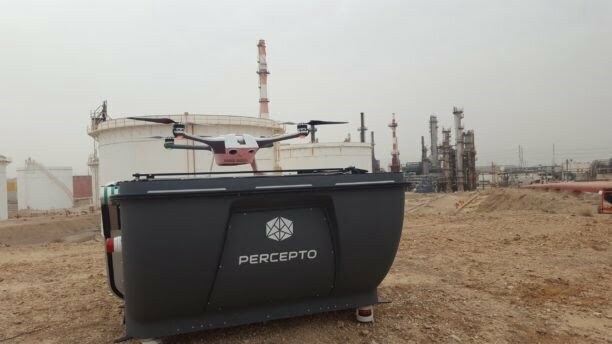 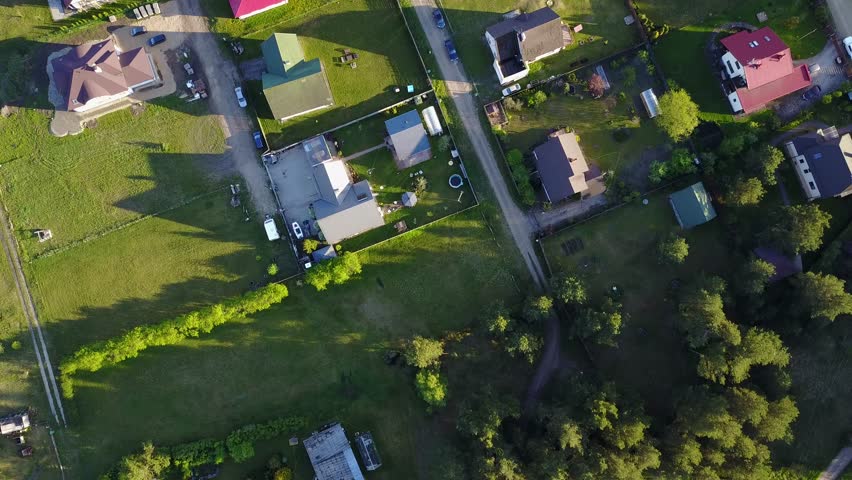 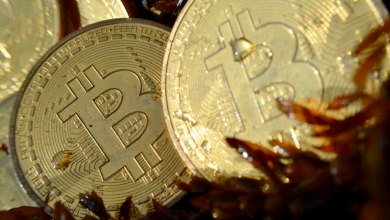