Article was updated 2 hrs ago

A languishing brownfield site. A developer’s visions of castles in the sky. Corporate partnerships to build cutting-edge smart city infrastructure. And the promise of luring tech giants prepared to invest billions.

The hype could have easily described Sidewalk Labs’ now aborted Toronto venture, but this story actually played out near Boston, on a decommissioned airbase in Weymouth, about half an hour southwest of a city known for its Ivy League colleges and the booming tech industry spawned by MIT.

When LStar, a North Carolina developer, began building Union Point in the mid-2010s on that base, it looked a lot like many generic master-planned edge city projects. But a partnership LStar established with General Electric in 2017 promised much more: not just a fully wired community, but intelligent lighting (LED street lamps that can be remotely monitored), autonomous vehicles, green energy “micro-grids” and streets equipped with sensors that would gauge traffic, locate parking spots and even alert police if gunshots were detected.

As the New York Times noted: “General Electric will use Union Point as a laboratory for testing new products and as a showroom for working systems.” It could have been describing Sidewalk.

LStar and Weymouth officials were so bullish they believed Union Point was a shoo-in to be chosen as Amazon’s second headquarters, a strange urban beauty contest that drew bids from cities across North America, including Toronto. As Kyle Corkum, LStar’s managing partner, told the Boston Business Journal, “I feel sorry for the rest of the competition in the United States, because, honest to God, I have a hard time imagining another site that can score the way we’re going to score.”

Amazon, of course, ended up choosing New York (which promptly changed its mind), and the rest of LStar’s Union Point vision soon collapsed in a cloud of recriminations, lawsuits and complaints from residents who couldn’t even buy a cup of coffee in their cutting edge techno-burb. “The Smart City That Wasn’t” is the cutting verdict handed down by the Journal of American Institute of Architects.

In a bid to contain the damage, Weymouth authorities took desperate measures to push out LStar, even blocking sewer hookups. In January of this year, Toronto developer Brookfield was chosen to take over the languishing project and develop it in a more conventional way.

A McGill University study published in 2019 in the journal Cities concluded, “Union Point represents an example of how smart city rhetoric seduced local officials who were dazzled by the possibility of having an instantly lucrative, tech-focused ‘smart’ city.” What they missed, the authors noted, was the fact that so many of these smart city megaprojects had turned into expensive disappointments. While smart city critics often focus on data and privacy, the Union Point saga hints at a larger story about the proliferation of large-scale tabula rasa smart city schemes promoted by regional governments and tech giants. They tend to be heavily monitored and privately managed. Sidewalk Labs, Union Point and a Bill Gates-backed venture in Arizona are North American examples, but many more have sprung up in the developing world. “These are private cities being developed for a million people,” says Sarah Moser, an associate professor of geography at McGill, who is an expert in the emergence of these megaprojects.

In some cases, the technology was designed in Silicon Valley but found more uptake in the global south, where privacy laws are less developed, says University of North Carolina management professor Nir Ksherti, who has studied the cybersecurity issues associated with this kind of digital infrastructure. “People in the west are always opposed to these technologies. In Asia there are different attitudes.”

At least one developing world smart city — King Abdullah Economic City, in Saudi Arabia — operates as a publicly traded company. Some, especially in Asia and Africa, are tied to China’s “new silk road” strategy for securing international trade networks. Others are being promoted by international consulting firms like McKinsey and Deloitte. “We’re seeing it all over the global south,” says Moser, noting that government officials often fall for the glitzy sales presentations because their digital literacy is “shockingly low.”

A number of factors are contributing to this global real-estate development trend, including investors’ search for profits, accelerating urbanization and the tech sector’s drive to secure new markets. But as Moser’s research has found, many, like Union Point, fall short of the hype, take longer to build than anticipated and sometimes need to be scaled back. Still, she adds, this development-plus-technology-plus data model has raised tough questions about the emergence of quasi-privatized new cities in the 21st century. The prototype of the master-planned smart city has been rising from a former tidal flat just off the Yellow Sea port of Incheon, South Korea, for the past decade-and-a-half. This new-build metropolis known as Songdo, now home to over 90,000 people and hundreds of businesses, is a multibillion dollar joint venture whose partners include a South Korean economic development region, Gale International, a Boston developer, and Cisco, the Silicon Valley network equipment behemoth which began promoting itself as a builder of “smart and connected communities” in 2009.

From the beginning, Songdo was envisioned as a state-of-the-art city that with high-speed digital networks and sustainability features, including LEED-certified green buildings, bike paths, rapid transit access and a pneumatic waste-disposal system linked to a high-tech incinerator and recycling facility that eliminates the need for garbage trucks. As the developer boasted, it’s an approach to “future proofing Asian cities the smart way.”

Today, satellite campuses of four international universities are located in Songdo. But the streets have a generic corporate feel one finds in many rapidly developing highrise districts, like Mississauga City Centre and Toronto’s South Town. The buzz around Songdo has also abated, as media reports have surfaced in recent years quoting residents who complain about the area’s seeming emptiness.

Esthetics and investment aside, perhaps the most notable element of the Songdo experiment involves its governance. The area’s services are managed through a public-private partnership that includes Cisco, various Korean municipal agencies and other firms, with residents and businesses purchasing services on a pay-as-you-go model. “Cisco hopes that this will make for both a more profitable and a more effective way of developing new technology around its smart and connected communities projects,” noted a 2013 Public Culture study. The municipality, they add, sees this business model as a way of financing services.

Sarah Moser, at McGill, notes that the Korean government has positioned Songdo as a kind of integrated export product for regions thinking about building smart cities from scratch. Government officials from the Middle East, Africa and Latin America regularly arrive for “policy tours,” she says. “Korea is selling their model of smart cities to places that can’t do it on their own.” Korea, of course, doesn’t have the field to itself. Some 4,500 kilometres to the south, Forest City, a strikingly similar enclave is rising on four man-made islands just off the coast of Singapore and is nominally Malaysian. But this venture is backed entirely by the Chinese government and Chinese developers and is intended as a high-tech gated community, says Moser who characterizes it as a “neocolonial outpost” situated on a strategically critical shipping route.

Her research shows that the national government has “granted extraordinary and unprecedented concessions of sovereignty” to the developer. “[It] is a completely private city with no publicly provided services,” Moser concluded in a 2018 research paper. “Education, health care, securities, utilities, management and so on, are all privatized and cater to Chinese nationals.”

The bookend project to Forest City can be found on the west side of midtown Manhattan, the gleaming and recently opened Hudson Yards. Constructed during the past decade on top of an 11.3-hectare rail yard in a long neglected industrial zone, the $20-billion (U.S.) megaproject has been characterized as America’s first fully “quantified community,” where extensive networks of digital sensors and infrastructure systems, including pneumatic waste chutes and a co-generation plant, produce torrents of data that can be analyzed, for example, to improve energy efficiency or develop apps.

Architectural giant Kohn Pederson Fox created the project’s master plan; the firm, not coincidentally, drew up the Songdo blueprint. The complex serves as the head office for Sidewalk Labs, whose founder, Dan Doctoroff, was heavily involved in the development approvals for Hudson Yards when he served as New York City’s deputy mayor. Initially pitched as self-financing, Hudson Yards’ developers, Related Companies and Oxford Properties, benefited greatly from direct and indirect subsidies from New York City under former mayor Mike Bloomberg, concluded a 2015 evaluation by Bridget Fisher, an economist with The New School for Social Research. The project also reaped hundreds of millions from the proceeds of a federal visa program intended to direct offshore investment to low-income areas, according to investigative reporting published by Bloomberg City Lab.

Smart city scholar Shannon Mattern has scrutinized Hudson Yards and notes the project’s “embedded” data infrastructure meshed well with Bloomberg’s outlook. “[His] belief in the power of data shaped his initiatives,” she commented in Places Journal, adding that the mayor’s signature moves included building a science and engineering campus and establishing the Center for Urban Science and Progress, a Brooklyn-based think tank dedicated to exploring city data. The centre, Mattern notes, forged a partnership with Related/Oxford to allow its researchers to slice and dice Hudson Yard’s voluminous data as a way of testing “new physical and informatics technologies and analytics capabilities.”

As with many other smart city megaprojects, the quality-of-life benefits from all the heavily promoted investment in data gathering have yet to be realized. “We’re thinking about that digital infrastructure, then data and sensors as a way to collect information about how the neighbourhood functions and the environmental surroundings,” Constantine Kontokosta, the New York University planning and engineering expert leading the centre’s work with Hudson Yards, told “Metropolis” Magazine. “There’s a lot of work that needs to be done to connect the two …. The reality is, nobody has demonstrated on the ground that they’ve used technology in such a way that the average person has actually benefited.”

The reason behind these shortcomings has everything to do with the commercial motives that drive these investments, and the ways in which cities choose to govern the smart city technologies that have promised so much.

This is part of the 2019-2020 Atkinson Fellowship in Public Policy series on the politics and governance of smart city technology. The series, by Toronto journalist and editor John Lorinc, will examine data and privacy, mobility applications, predictive policing, sustainable smart cities, data and planning and smart city megaprojects. It concludes with a discussion about how these systems can fit into accountable, progressive and democratic city-building efforts.

What do you think about Smart City megaprojects? Share your thoughts:

Conversations are opinions of our readers and are subject to the

Code of Conduct. The Star does not endorse these opinions. 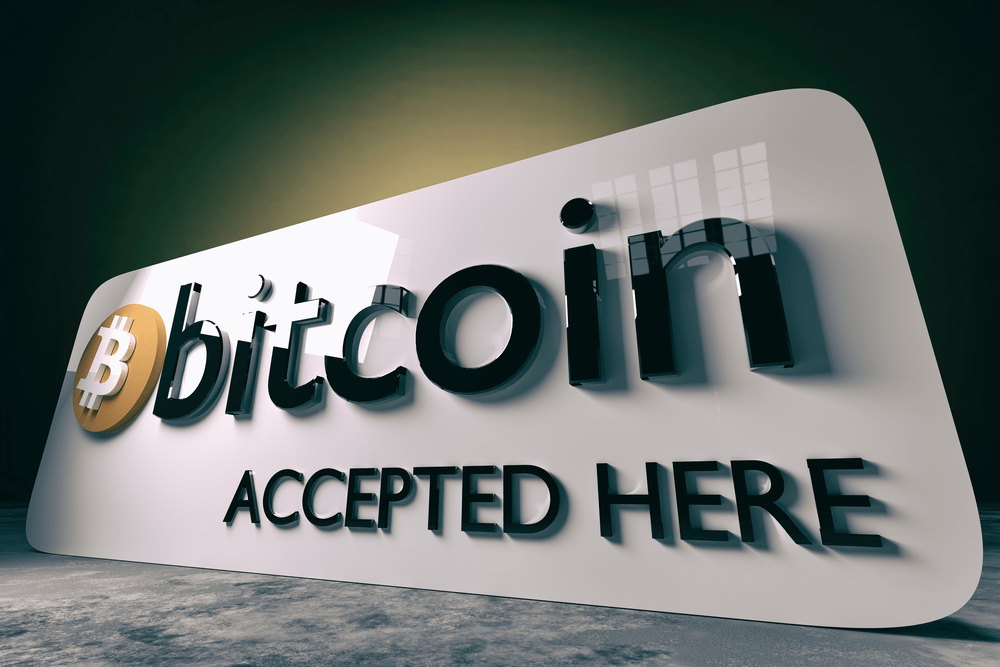 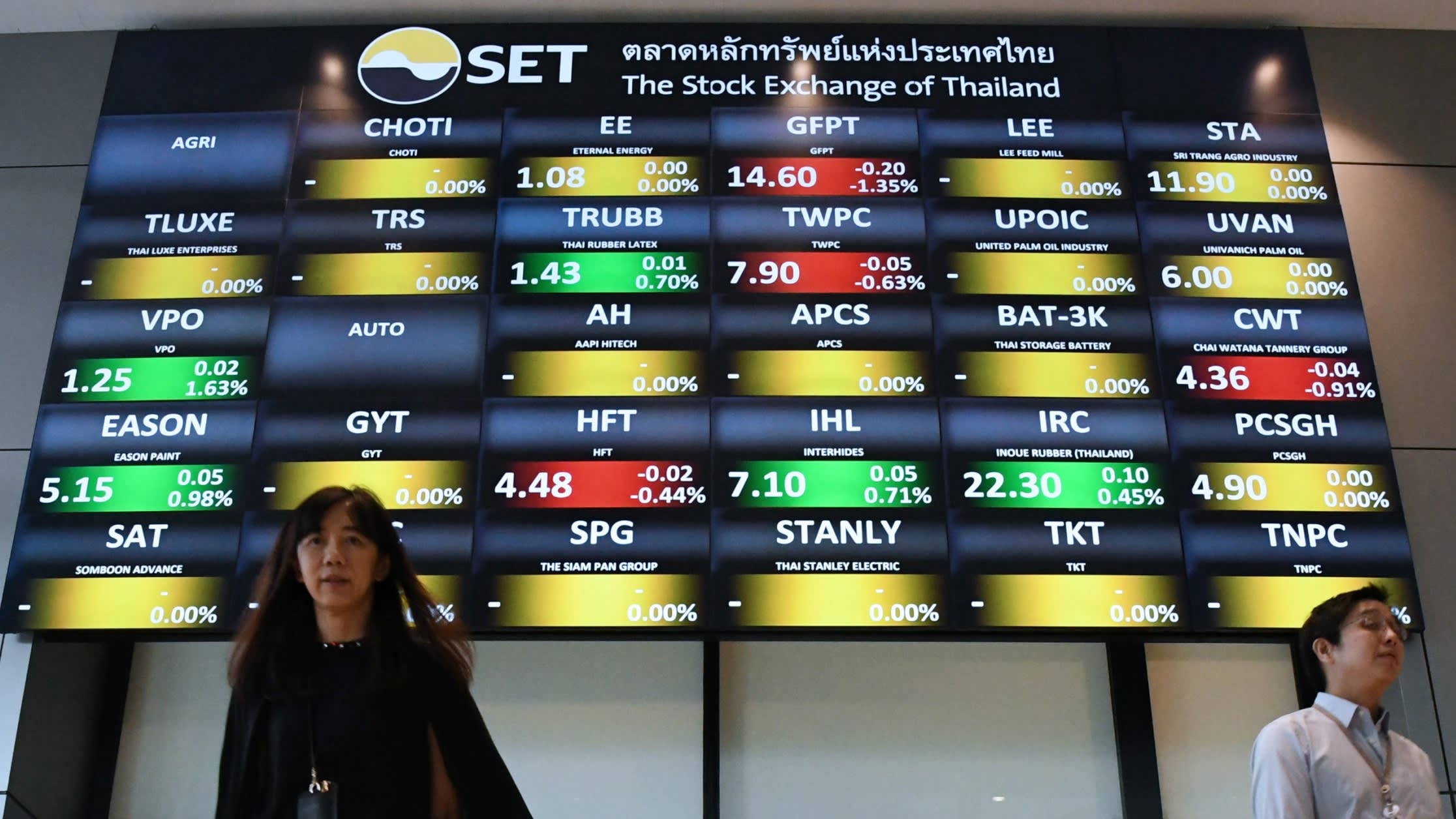 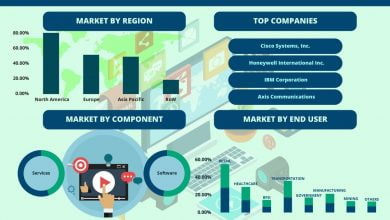