This story was produced in partnership with Coda Story.

One month after Myanmar’s military seized power in a bloodless coup and declared a year-long state of emergency, daily protests continue to shake cities and towns across the country. Now, in addition to taking their anger to the streets, an underground movement of pro-democracy activists has unleashed a raft of new digital tools on the armed forces and police.

Myanmar’s powerful military has long maintained a tight grip on the country’s finances by investing in a number of lucrative sectors, including mining, tobacco, garment manufacturing, and banking.

The Feb. 1 power grab, which ousted the elected government of leader Aung San Suu Kyi, has highlighted ties to a number of businesses. International and local companies with links to the security forces have come under growing pressure from activists who say the firms are complicit in war crimes committed by the armed forces.

A recent Amnesty International investigation found that shareholders in a secretive business conglomerate called Myanma Economic Holdings Limited—which is linked to international businesses such as the Japanese drinks giant Kirin Holdings and INNO Group, a South Korean property developer—have received payments of up to $18 billion over 20 years.

Last week, Kirin Holdings announced it would abandon its partnership with a brewery part-owned by military generals. In a statement, the company said it was “deeply concerned” by the recent actions of the military and would be “taking steps as a matter of urgency to put this termination into effect.”

The focus on businesses connected to the military has spurred the release of new mobile apps from activists in Myanmar seeking to weaken the income of the now ruling junta. Last week, the Yangon-based company Genxyz launched an app titled Way Way Nay (Stay Away). It lists 250 companies, including financial institutions, retail concerns, construction firms, media outlets, and health and beauty manufacturers with links to the military.

Way Way Nay, which is available on both Google Play and Apple’s App Store, has been downloaded 70,000 times since its launch.

In an interview, the app’s operations manager, who spoke on condition of anonymity, said he was looking at adding another 450 businesses to the list. “We wanted to be able to show ordinary people in Myanmar how the military is linked with all aspects of daily life. We thought an app would be a good way to remind people what to boycott when they are shopping for products or services.”

The military’s efforts to quell Myanmar’s largest pro-democracy protests in more than a decade have led to increasingly repressive crackdowns in the past month. According to human rights groups, more than 50 people have been killed and nearly 1,700 detained since the armed forces took control of the country.

The severity of the official response to the protests marks the hardening of the junta’s attitude to daily demonstrations that have paralyzed the economy and large swaths of the country. On Thursday, Michelle Bachelet, the United Nations High Commissioner for Human Rights, called on Myanmar’s security forces to halt their “vicious crackdown on peaceful protesters” and urged the military to release the hundreds of people believed to have been unlawfully detained since February 1.

Blacklist Myanmar, launched on March 3 on Android, is a guidebook for shoppers who want to avoid firms whose sales benefit Myanmar’s armed forces. Blacklist Myanmar also allows users to submit new suggestions for businesses to boycott via an in-app email function.

The creator of Blacklist Myanmar, who asked to go by the pseudonym Red Warrior, explained that the app was designed to limit the military’s access to different revenue streams. “In the long term, the reason why they have all the power and all the influence is because of these businesses and brands that they have been promoting,” he said.

“If people don’t support these brands or services, then our money won’t go into the military regime. We can slowly cut down their monopolizing influence on the country.”

Myanmar’s digital activists have also created apps to warn ordinary citizens and protesters of the increased presence of the police and troops on the streets. Launched on Android on February 11, Myanmar Live Map takes real-time data from users to highlight areas with a high concentration of security personnel. The app, which has 40,000 users already, also reveals the locations of water cannons, roadblocks, and ambulances. All of the data is fact-checked by moderators before it is uploaded.

One of the makers of Myanmar Live Map told me that the app’s designers took their cue from a similar digital street map used by protesters during pro-democracy demonstrations in Hong Kong in 2019. He added that members of his team consulted an anonymously authored 70-page document named The HK19 Manual, widely shared by protesters in Hong Kong and recently translated from English to Burmese.

Over the past month, digital activists in Myanmar have had to overcome a series of military-enforced internet outages and disruptions to mobile networks. On Thursday night, the U.K.-based organization Netblocks confirmed that national internet connectivity had plummeted for the 19th night in a row to 13 percent of pre-coup levels.

Pro-democracy organizers in Southeast Asia say that Myanmar’s internet shutdowns are similar to those deployed by authoritarian governments elsewhere. Sunny Chou, a former Hong Kong protester and founder of the human rights group Umbrella Union, who sought asylum in the U.K. earlier this year, said that the interruption of internet and data services in Myanmar was a strategy widely employed by the authorities in Hong Kong. “During the height of the movement in Hong Kong, there were a few times when our apps were disabled,” he said. “Telegram was also attacked a few times so that the protesters could not properly communicate and organize their response.”

However, as Myanmar’s pro-democracy demonstrations have gathered pace, the country’s digital insurgency has also sparked interest among online and offline activists in the region. In Thailand, Cambodia, and Hong Kong—places that have all been rocked by pro-democracy protests in recent years—an informal but watchful alliance of like-minded campaigners has used the internet to highlight the ongoing violence in Myanmar, while shedding light on their own oppressive regimes.

Sina Wittayawiroj is a Bangkok-based visual designer and activist who first took an interest in his country’s pro-democracy movement in January 2019 when demonstrators took to the streets after the country’s ruling military junta signaled that long-postponed elections would be delayed for the fifth time in five years.

Activists like Wittayawiroj have gathered on social media, spreading satirical memes and advice highlighting the violence in Myanmar under the hashtag #MilkTeaAlliance, named for a sweet drink popular across the region. Many who follow the hashtag share a common fear about China’s dominance in the region—in Thailand, for example, support for Taiwan and Hong Kong has become a rallying point for ordinary citizens who believe their own government is anti-democratic and too closely aligned with Beijing.

Wittayawiroj, who works for a video production and streaming platform, said he learned about the current crisis in Myanmar from a Burmese co-worker. He has regularly posted illustrations featuring the #MilkTeaAlliance hashtag since Myanmar’s Feb. 1 coup. “I talk to them a lot and try to understand the situation that people are facing. I understand there was an election, but the military took control. I felt I had to draw something to help them.”

Regional experts say that the #MilkTeaAlliance has been energized by regional pro-democracy movements. “When we had the very popular pro-democracy movements in Hong Kong in 2014 and 2019, the world was watching,” said Debby Chan, a Hong Kong-based researcher who studies Sino-Myanmar relations. “The activists in Thailand and Myanmar also paid close attention to what happened in Hong Kong back then.”

“When some of the Hong Kongers witness Thai and Myanmar activists in their struggle, we see ourselves in their movements,” she added.

This story was produced in partnership with Coda Story.

Read more at The Daily Beast.

Get our top stories in your inbox every day. Sign up now!

Daily Beast Membership: Beast Inside goes deeper on the stories that matter to you. Learn more. 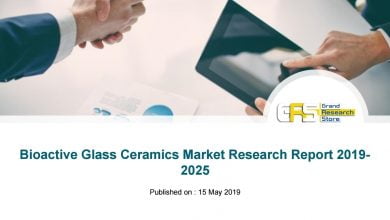 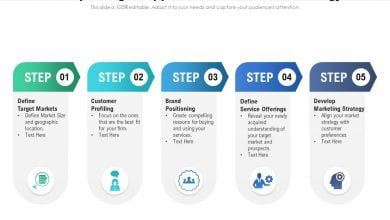 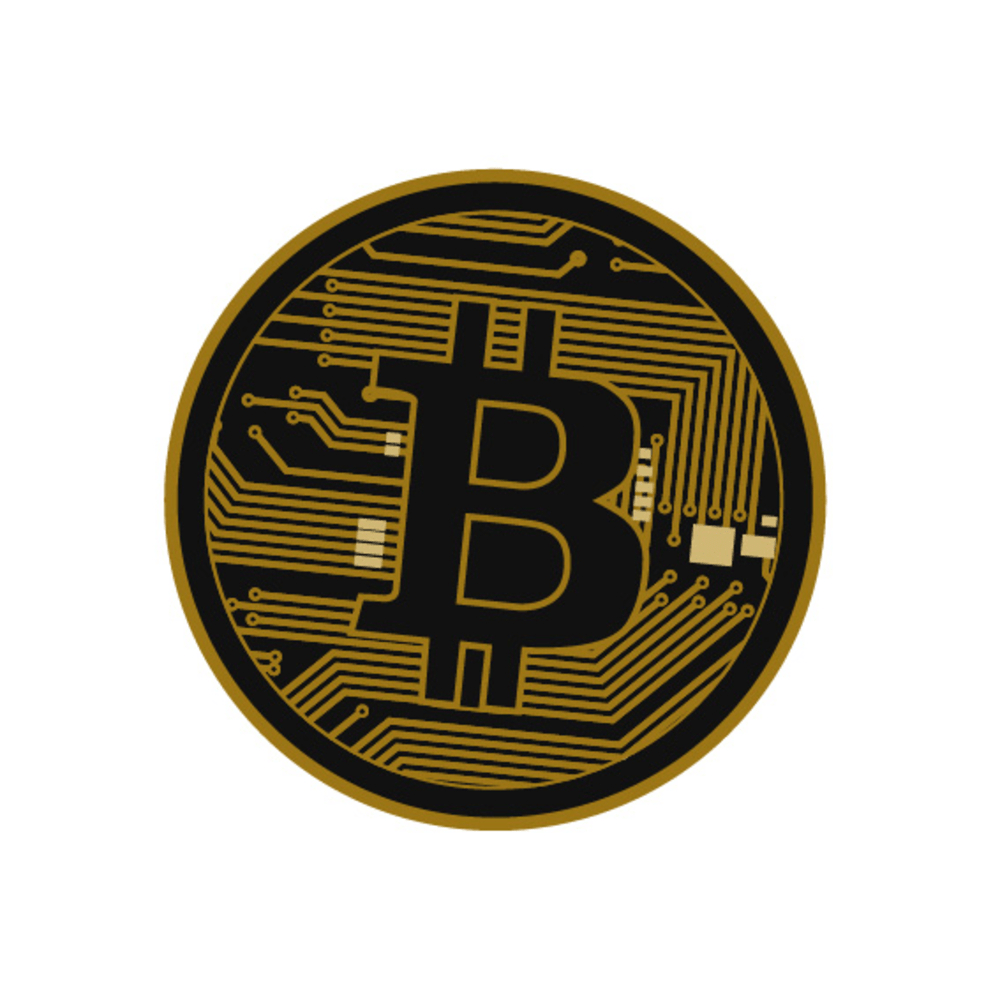