After working from home in Mesa, Arizona, during much of the pandemic, Katherine Oakes, 25, is back to commuting two days a week to her office in North Phoenix, roughly 50 miles away.

The costs are quickly adding up.

Oakes, who works in email marketing, says she’s gone from stopping at the gas station once a month to spending roughly $80 a week at the pump. Then there’s the $25 for lunch. And after losing weight and spending most of the pandemic in workout gear, a new office wardrobe cost her $300.

“It’s a very uneasy feeling,” she says of the sudden change in expenses as well as lifestyle. “Having to readjust to the commute and packing your lunch and spending on gas are hard mentally. I have to wake up really early and spend all that time in the car, so it’s really draining for me.”

Two years after the COVID-19 pandemic shuttered workplaces around the globe, workers are steadily returning to the office as more employers demand their staffs be on-site at least part of the time.

But with gas prices averaging more than $4 per gallon, the cost of groceries continuing to rise, and inflation hitting a 40-year high in March, some workers are worried about how much a return to the office will cost them.

A Harris poll conducted for USA TODAY found 78% of employees were concerned about being able to afford the price of gas for their commutes to work. They were also worried about the price of food (72%), the cost of commuting by public transportation (38%), paying for a new office wardrobe (34%) and covering parking fees (33%.)

Meanwhile, 83% of employees with children younger than 18 were worried about how much they’d have to pay to fill up at the gas pump, 78% were concerned about the price of food, and 62% worried about the costs of child care.

HIGH-COST JOBS: Will soaring gas prices put your job at risk? These 7 occupations may feel the heat

ANXIETY ABOUT RETURN: Workers are returning to their offices. They’re bringing anxiety, questions, even fear with them.

Do office workers want to return to the office?

Though restaurant, warehouse and other front-line workers were unable to work from home during the pandemic, many others shifted to remote work when the COVID-19 pandemic led to the closing of offices starting in March 2020.

But now that vaccines are widely available and mask mandates are being lifted, offices are filling up again. After dropping to a pandemic low of 14.6% in mid-April 2020, office occupancy was up to 43.1% on April 6, according to Kastle Systems, which provides security and access control for commercial offices throughout the United States.

Early April saw “the highest level of people being in the office since the pandemic started, and we expect to see this trend continue and in fact accelerate,’’ says Mark Ein, Kastle’s chairman. “Business leaders are very eager to get their people back … so we’re seeing more and more companies insist that people come back at least some of the time.’’

But more than half of workers say soaring inflation makes them more likely to want to work remotely, according to the Harris poll.

Inflation is its highest in decades

Last month, the consumer price index jumped 8.5% annually, the fastest spike in nearly 41 years, according to the Labor Department. Prices were 1.2% higher than in February, the highest monthly uptick since September 2005.

WILL INFLATION START TO EASE?: After a string of 40-year highs, will inflation slow down? Some economists think so.

And while the cost of groceries continues to rise, gas was the main driver of the broader consumer price increase, with an average gallon of unleaded gas hitting a record $4.33 in March, though prices have dipped slightly in April.

“For folks that drive to work, which is about 86% of Americans, this is definitely an issue,” Nicholas Bloom, a Stanford University economics professor, said in an email. With the average commute totaling 32 miles round trip, and gas prices surging in the past year, drivers could be paying an additional $5 a day, he says.

Wine used to be able to walk to his job at a call center for telecommunication companies. But during the pandemic, he and his family moved to a more affordable home about half an hour away in the same town. And he was able to work remotely for much of the past two years.

Now that his company says he should get ready to return to the office, Wine says he’ll have to drive, and it costs him about $150 to fill up his Ford.

“I’m really nervous about commuting costs as I barely am able to make ends meet now,” says Wine, who is paying $6 for a carton of eggs, and close to $5 for a gallon of gas on a salary of $10 an hour. “All the money you were kind of saving … by being able to work at home, you can’t. It’s stressful.”

Still, Bloom says it’s more the grind of the commute than the cost that is making some workers want to work remotely.

“The main reason people (work from home) is to avoid the commute and hassle, and the main reason they go to work is to see colleagues,” he says. “None of this is changed much by $5 a day.”

Jay Starkman, CEO of Engage PEO, which provides HR services to small and mid-sized business owners across the U.S., agrees that higher commuting costs alone aren’t likely to be the main reason an employee doesn’t want to go back to the office. But for workers who already wanted to continue working remotely, the costs are one more nuisance.

“I view it as one more obstacle … that employers have to face in their push to get employees back in the office,” Starkman says.

And workers are worried about more than the rising price of gas.

EGG PRICES RISE JUST IN TIME FOR THE HOLIDAYS: Egg prices are up for Easter and Passover because of bird flu and inflation. Here’s how to save.

“It’s child care,” Starkman says. “It’s the fact that people have to eat out for dinner more because there’s no time to cook. … They’ve gotten comfortable with not spending an hour or two hours on a commute, and also comfortable with the more efficient work-life balance.”

High and unexpected inflation has a greater cost

Oakes, the Arizona woman, says that the price of gas has been her main budget concern. Recently, she says, it reached $4.69 a gallon.

But she’s dealing with a growing tally of other expenses as well. There’s the $50 a month she spends on manicures now that she’s getting dressed for the office. She’s spending $25 a week on coffee because she’s no longer able to just brew her own.

And though she tries to bring food from home, she finds herself spending on lunch because she doesn’t want to snub a colleague who asks her to grab a bite. It’s “just the whole social component,” Oakes says. “If someone says, ‘Do you want to get lunch today?’ I’m not going to say, ‘I brought my sandwich.’’’

Paying for office-related expenses has meant cutting back elsewhere. “Date nights are going to become a little less frequent,” she says. “I just adopted a dog so I’ll probably spoil him a little less.”

And she’s having to dig deeper into her savings to pay for a master’s program she recently started.

“Obviously gas money is not how I was paying for that program, but it’s definitely a component,’’ she says. “When you go into something with one expectation and it changes, it’s just a little jarring.”

The money concerns come on top of other stresses that have emerged with returning to the office, she says, including the loss of time and suddenly being around a lot of people amid uncertainty about the state of the pandemic.

When working from home, Oakes says she was able to wake up at 7 and immediately check email and start her workday. Now, “I’m losing almost 3 hours of my day to the car,” she says. “The work doesn’t stop but my time is disappearing.”

To woo and keep workers at a time when many industries say they’re struggling to hire, 63% of employers are offering at least some employees a one-time bonus or an overall pay hike to cope with inflation, says Brian Kropp, chief of research in the HR Practice for Gartner, which offers research and advice to business executives.

Before this year, companies had largely declined to offer cost-of-living pay hikes, choosing instead to give merit raises of 2% to 4% to some staffers, Kropp says.

While that tended to keep up with or outpace inflation in the recent past, Kropp says, those pay increases are no match for the spikes consumers are currently seeing in the cost of gas and food.

“The traditional merit increase … in the world of 6% to 7% inflation leads to real wage cuts for employees,” Kropp says, which can then lead employees to consider job offers from companies that pay significantly more.

Among employees surveyed in the Harris poll, 20% received a raise, and 19% received a bonus to help with commuting costs. Another 17% said they were able to work from home whenever they needed to, and some got reimbursed for specific expenses including gas or meals (13%), parking (12%) and fares for public transit (11%).

But 44% of workers said their workplaces weren’t helping to cover the costs of going to and from the office.

Companies can’t take that raise back

Employers may hesitate to offer permanent pay increases to cover cost increases that may be temporary, some experts say. Gas prices, for instance, have dropped after reaching an all-time high last month. And White House press secretary Jen Psaki has said that inflation is expected to “moderate” by the end of the year.

“If gas prices go down, it’s really hard to take the benefit away,” says Starkman, adding that a better solution might be to offer employees a one time bonus to offset costs.

Still, Ein of Kastle Systems says companies will likely offer some perks or accommodations to make returning to the office more appealing.

“Whether it’s investments in food and drinks … whether it’s helping people with subsidizing commutes, I think different companies are trying all kinds of things to make the return to the office something that people are excited about,” he says.

Oakes, who works in email marketing, says she’s gone from stopping at the gas station once a month to spending roughly $80 a week at the pump. Then there’s the $25 for lunch. And after losing weight and spending most of the pandemic in workout gear, a new office wardrobe cost her $300. 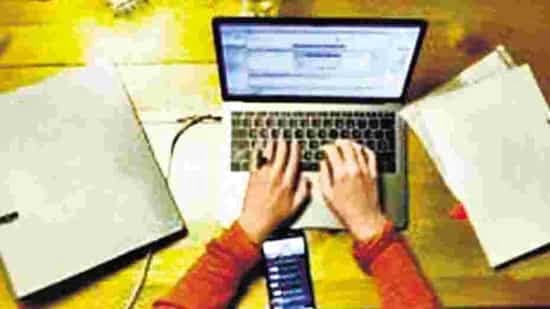 Third of staff may work from home permanently post-virus 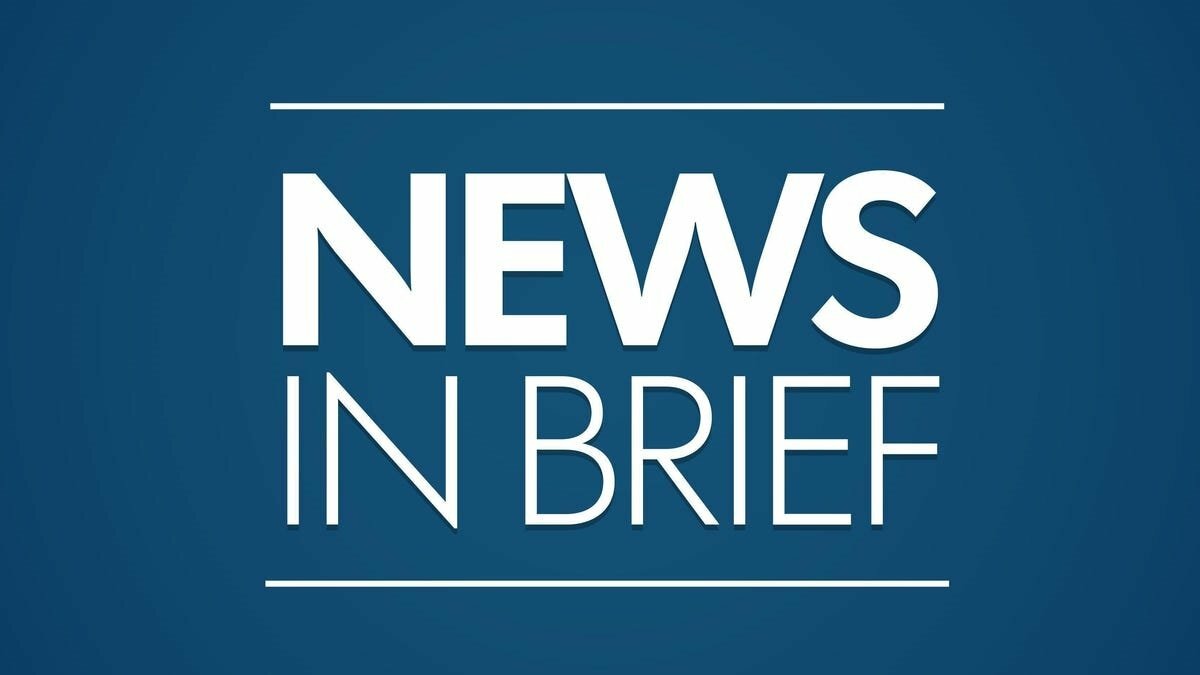 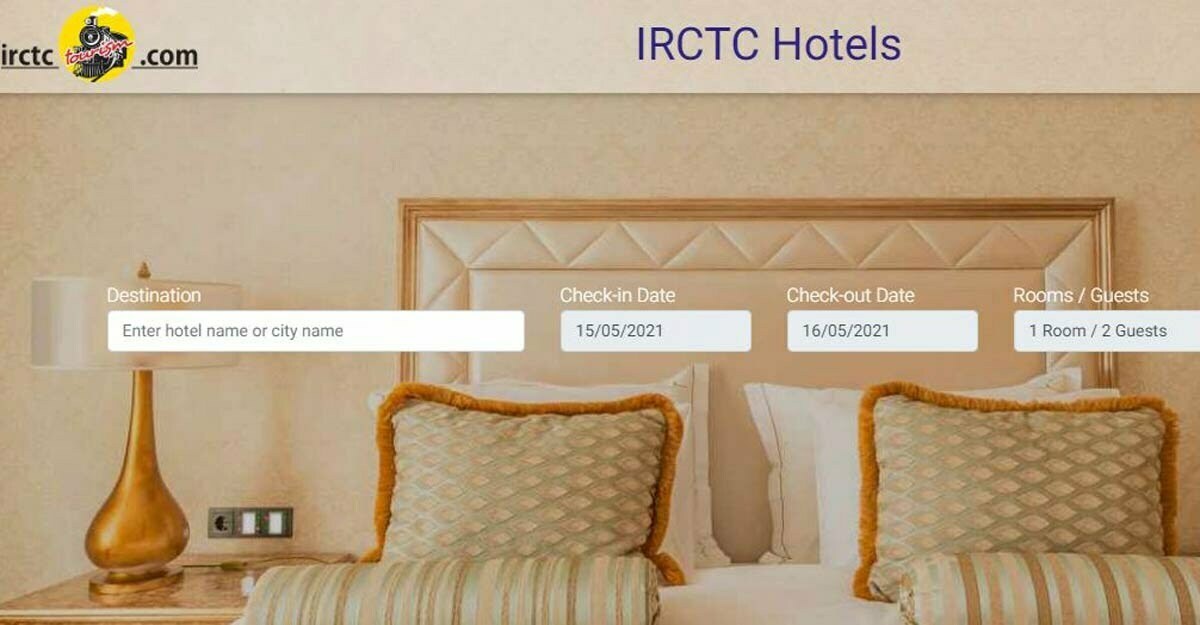 Bored of work from home? Now ‘work from hotel’ in Kerala through IRCTC 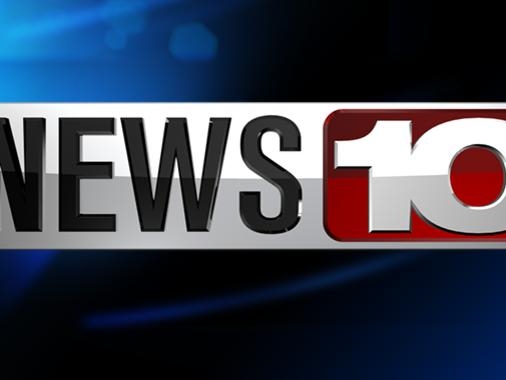