TEL AVIV, Israel, Feb. 16, 2021 /PRNewswire/ — With the accelerated transition to remote work, cloud use, and the use of online payments, the number and cost of cyber-attacks on individuals, private companies and states has dramatically increased. The IMPROVATE Israel-UAE-Eastern Europe Cybersecurity Conference presented groundbreaking Israeli technologies in the field of cybersecurity, and also defense against circulation of fake news.

The keynote speaker at the conference was Garry Kasparov, a world chess champion, human rights activist and author, who is the founder of the Renew Democracy Initiative. Kasparov recently joined the Advisory Board of IMPROVATE, which connects technology and innovation companies and governments and new markets.

“IMPROVATE works to solve problems and I have been solving problems my entire life,” Kasparov said. IMPROVATE’s work connecting startups to governments is particularly critical at this point in history, he continued. “It’s a very important to improve the global climate of innovations by helping startups to present their ideas straight to potential customers, to the top of the food chain, and I think it also helps governments to look through a new lens.”

Talking about his involvement in the popular Netflix series, The Queen’s Gambit, Kasparov said he was very happy to see that a serious program about chess had become one of the most-viewed TV series in the world and revealed that director Scott Frank had offered him to play the role of Vasily Borgov. “I recognized that spending three months locked up in this process would be virtually impossible. Instead, I suggested that I would be a consultant and I would reconstruct the atmosphere of the chess tournament and guarantee that the quality of the games would be nearly perfect…I have to say the phenomenal success of this series was a big surprise and dramatically improved the image of the game of chess.”

Kasparov noted that the conference fell the day after the 25th anniversary of his first match with IBM’s “Deep Blue” program, which he said was a turning point in his life and made him realize that the future was in human-machine collaboration: “It was like the writing on the wall and my idea was, if we cannot beat them, we should join them. We have to try to combine human creativity and the brute force of machines. For the past quarter of a century, I’ve been promoting the idea of human-machine collaboration.”

Commenting on the perceived dangers of Artificial Intelligence, Kasparov said: “There is an army of doomsayers saying that we have no future because the future will belong to the machines. I see no shred of evidence of this coming in the foreseeable future.”

Irina Nevzlin, IMPROVATE Founder and Chair: IMPROVATE’s mission is for governments to have access and the ability to implement amazing technological innovations created every day to make the lives of the citizens better. Cybersecurity was never more acute than during this crisis when the majority of people found themselves working from their home computers and with increasing amounts of cyber-attacks by foreign dictatorships and by other groups.”

Israel’s Minister of Science, Hili Tropper aid the recently signed Abraham Accords peace agreement with the UAE would enable “progress in the fields of science, innovation, cyber, and to connect, collaborate and make the world a better place.”

UAE officials, bankers and investors who participated in the conference said there was massive potential for collaborations between Israel and the UAE in the cyber sector and beyond. Sheikha Hend Faisal Al Qasimi, an Emirati royal, businesswoman and philanthropist, revealed that some 250 Israeli companies had already been working in the UAE for the last 10 years and that since the signing of the Abraham Accords this was being made public. Sheika Al Qasimi said that Israeli companies would find partners in the UAE if they have good products to offer. “Both countries are relatively young and have a lot of aspirations to put themselves out there,”

Eitan Na’eh, Israel’s Head of Mission in the UAE said that there was a great deal of synergy between Israel and the UAE, in terms of technology in general and especially in the fields of AI and cyber. He noted that the UAE is a technologically advanced country that has just sent a probe to orbit around Mars. “Israel is one of the hi-tech and cyber capitals of the world and the UAE is looking for cooperation with Israeli companies.”

Ayman Al-Awadhi, Group Managing Director, The Corporate Group, said: “The UAE is a melting pot destination for advanced IT and cybersecurity companies from around the world to showcase their capabilities, and Israel as the global number one in startups, advanced technologies and cybersecurity is welcome to tap into this vibrant region in which there are a lot of business opportunities.”

Mohammed Mulla, Business Development Director at Emirates NBD said banks need to look at cyber security to have a future in the world. “That’s how critical I believe cybersecurity is,” he said. Mulla revealed that Emirates NBD has concluded a preliminary agreement with Bank Hapoalim, and already has an agreement with Bank Leumi. “We aim to be the bank of choice for any Israeli customer looking to set up shop in the UAE.”

Maj. Gen. (Res) Amos Gilead, Executive Director of the Institute for Policy and Strategy (IPS), IDC Herzliya, spoke of the importance of cyberspace in the modern battlefield. I cannot imagine any future war without cyber… In order to win the next war, we need to be the best in three dimensions of cyber – offensive, intelligence and defense.”

Former Bulgarian President Rosen said that in many areas of cyber, Israel is the number one country in the world. “My message to Israeli companies is that there is so much demand for your product, so engage with us.”

IMPROVATE CEO Ronit Hasin Hochman said: “Israel is a cyber power and has a lot to offer the world. IMPROVATE is proud to promote Israeli companies that are the forefront of the cyber sector and connect them with governments and businesses world-wide. I would like to welcome Garry Kasparov, a global authority on AI and cyber to the Advisory Board of IMPROVATE. Having Garry on board is major step forward to achieving IMPROVATE’s goals in the sector.”

Cyber companies presenting at the conference:

Cyabra, a pioneering startup in the field of Truth-Tech, enables brands to conduct in-depth analysis of social media narratives to detect authenticity and reach true audiences. Dan Brahmy, CEO and Co-founder at Cyabra spoke about disinformation and its “Snowball Effect”.

Toka helps trusted government, law enforcement, and security agencies keep citizens safe and defend against terror and crime by advising governments on building an integrated cyber defense and by developing cutting-edge and lawful intelligence-gathering tools. Brigadier General (Res.) Yaron Rosen, a former Chief of Israel Defense Forces Cyber Staff, and Co-founder & President of Toka spoke about why and how nations should build and strengthen their cyber capacities.

Focus Telecom was founded in 1995 and since then has been a leading supplier of time synchronization solutions and an innovator in GPS security, developing unique, patented technologies that protect critical infrastructure against attacks on their Positioning, Navigation and Timing (PNT) systems. Charlie Ferreira, head of International Business Development at Focus Telecom spoke about how Trustable, Resilient Time is critical to network operations and security.

Safe-T is a provider of Zero Trust Access solutions which mitigate attacks on enterprises’ business-critical services and sensitive data. Eitan Bremler, Co-founder and VP Corporate Development at Safe-T spoke about how cybersecurity is lagging dangerously behind the needs of the new world of corporate resources access.

RavenDB is a distributed document database based on the Document Model and featuring ACID transactions and blazing performance. It works to reduce operational overhead reducing a company’s release cycle and time to market. Oren Eini, CEO of RavenDB, spoke about Usability as a Security Strategy.

Cybowall presented a software product with a wide range of breach detection technologies, powered by artificial intelligence and orchestration capabilities. 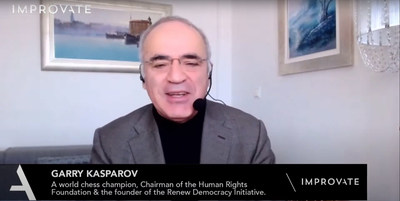 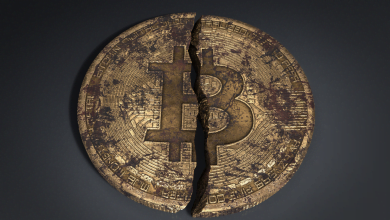 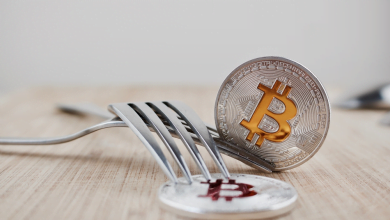 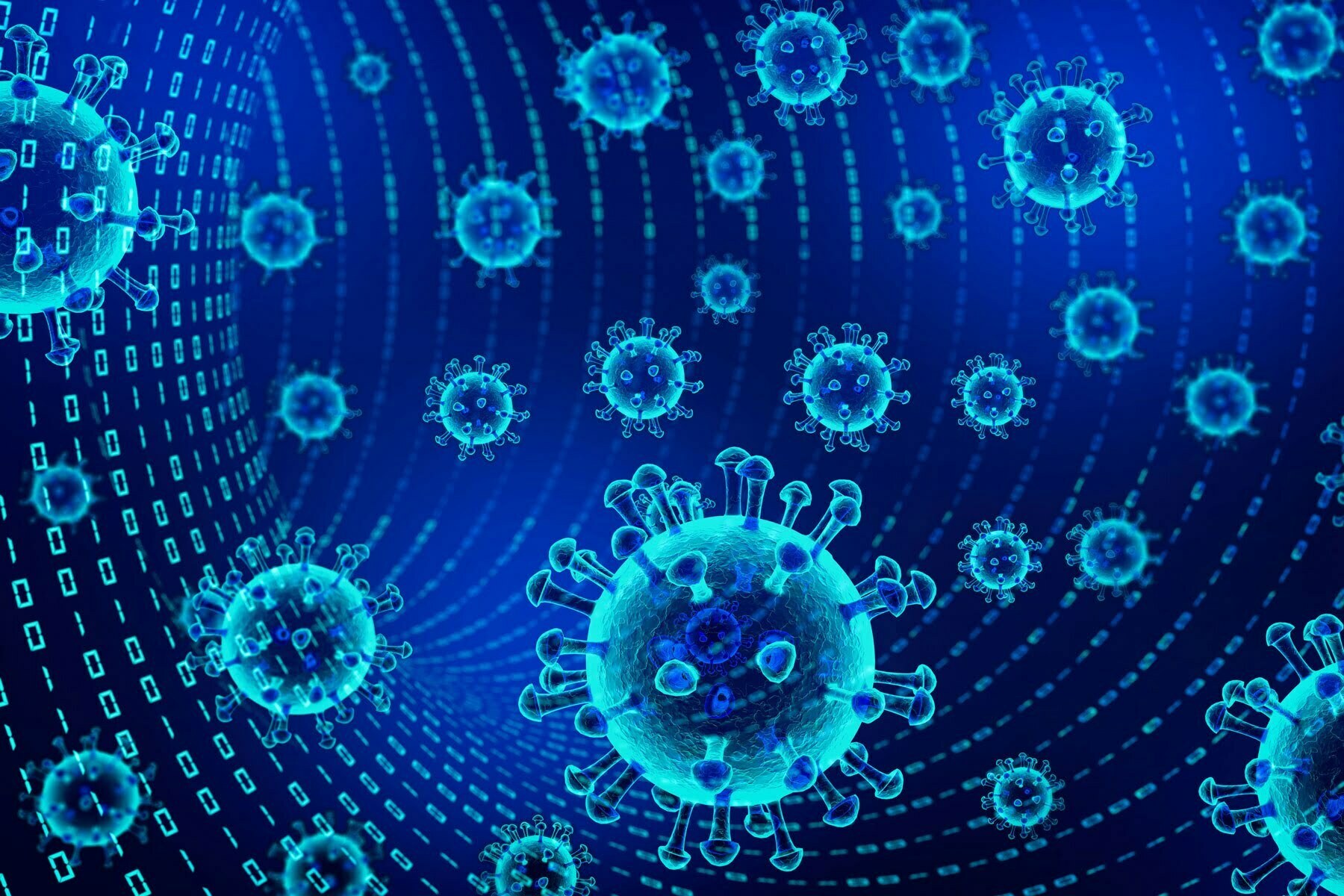