Here are all the major market developments and economic or policy decisions that affected our finances during this eventful year.

Markets crashed 38% in March on Covid fears…
Benchmark indices crashed in March following news of Covid-19 spreading in the country. The Sensex, which was steadily declining from 26 February, crashed to a low of 25,981 on 23 March, 38% down from the peak of 41,953 it touched on 14 January. On 23 March, the Sensex even hit an intra-day low of 25,880 while the Nifty fell to 7,583. The crash came after the number of Covid cases in the country zoomed to 415 and the government imposed lockdown in 75 districts to mitigate its spread.

… but rebounded 80% to hit all-time high by Dec
Within nine months of the Covid-induced crash, the Sensex not only recovered lost ground but closed at a record high of 46,960 and the Nifty at 13,760 on 18 December. In doing so, the Sensex has risen 80% from its 23 March bottom. The broader market as represented by the BSE 500 has risen 85% from its March low.

Reliance Industries shares, which had fallen to Rs 875 on 23 March, shot up to an all-time high of Rs 2,302 in September. The bounce-back underlined the fact that a market crash can be an opportune time to invest.

2020 saw big surge in volatility
The equity markets were exceptionally volatile during 2020. The Nifty VIX averaged 26.88 during the year against a 10-year average of 18.48.

Franklin MF folded up six debt funds
The risk in debt funds came to the fore when Franklin Templeton Mutual Fund abruptly closed down six debt schemes in April. The fund house said the schemes were being closed down due to redemption pressures and lack of liquidity in the bond market. The six schemes had an estimated combined AUM of Rs 28,000 crore when they were shut for redemptions on 23 April. Investors filed a case against the fund house and the matter eventually reached the Supreme Court.

The apex court has asked Franklin Templeton to seek investors’ consent for winding up the six schemes. The e-voting for this was to be held from 26-28 December followed by a unitholder meet on 29 December.

Meanwhile, the six debt schemes have received cash flows of Rs 11,907 crore from maturities, pre-payments and coupon payments since they were closed. The cash available as of 15 December was Rs 7,488 crore for the four cash positive schemes.

Borrowings of other two also down

Sebi flip-flop on multi-caps
Market regulator Sebi introduced new rules for multi-cap funds in September, making it compulsory for these schemes to invest at least 25% of their corpus in stocks from the large-cap, mid-cap and smallcap segments of the market. Multi-cap funds are the largest category of equity funds with an AUM of roughly Rs 1.6 lakh crore. Sebi asked fund houses to comply with the new directive by 31 January 2021.

The move was met with dismay by fund houses who had to realign the portfolio of their multi-cap schemes. Dhirendra Kumar, CEO of Value Research, termed it puzzling. “It is hard to understand what benefit this will bring or what harm it will prevent for investors,” he tweeted.

Hit by the backlash, Sebi introduced a new category called flexi-cap funds that can invest in any stock from any segment without any cap. The regulator has also allowed fund houses to convert their existing schemes into flexi-cap funds.

Citing the uncertainty caused by the pandemic, Chief Economic Adviser Krishnamurthy Subramanian said the ‘V-shaped recovery’ should continue but it is difficult to be sure about positive growth returning in the remaining two quarters of this financial year.

While some of the GDP fall can be attributed to the Covid, the situation was already in decline. In March, a report of the National Sample Survey’s Office said unemployment in 2017-18 was at a 45-year high of 6.1%. Unemployment was 7.8% in the urban areas while in the rural areas it was 5.3%. But this report was withheld by the government. This led to the resignations of two expert members of the National Statistical Commission.

GDP growth was on decline; it crashed in 2020

One of the biggest developments, however, was the introduction of two standardised health insurance products to increase penetration: Arogya Sanjeevani in April and Corona Kavach in July. The main purpose was to remove confusion and ease the purchase of health insurance by ensuring uniformity of products across all insurers. So all the features as well as terms & conditions in both the products remain the same across insurance companies though the premium varies. These are among the cheapest products in the market, making them accessible and affordable.

Arogya Sanjeevani is a basic indemnity plan, which initially offered covers in the range of Rs 1-5 lakh, but later revised it to offer covers above Rs 5 lakh and below Rs 1 lakh. Corona Kavach is a Covid-specific plan (Rs 50,000-5 lakh covers) intended to provide easy protection against the heightened Covid risk. It has proved its utility, having sold 7.5 lakh plans within a month of its launch, as per Irdai. Max Bupa Health Insurance claims it has sold nearly 30,000 plans since its launch, or nearly 200-300 plans a day. Arogya Sanjeevani has not been as successful, but is slowly catching up.

Loan moratorium brought relief to customers
The RBI announced a loan moratorium on 27 March under which borrowers could defer their ongoing EMIs and other debt repayments falling due between 1 March and 31 May for up to three months. Later, the moratorium was extended till 31 August. The objective was to give relief to borrowers who may have suffered job losses or income cuts due to the Covid. Lenders were not to pressure borrowers for EMIs during the moratorium. They were also not to classify individuals who did not pay their EMIs during this period as defaulters or levy late fees for non-payment.

The moratorium initially brought relief till it dawned upon borrowers that the unpaid EMIs would attract interest. After a hue and cry was raised against the compounding of interest, the matter reached the Supreme Court.

The apex court directed the government to forego interest on eight specified categories of loans up to Rs 2 crore in view of the coronavirus pandemic. To make it fair for borrowers who did not opt for the moratorium, it was also to pay compound interest on all ongoing loans and credit card outstandings. In November, the compound interest was paid on all loans.

14 IPOs raised nearly Rs 27,000 crore
Fuelled by the bullish sentiments on Dalal Street, the IPO market boomed in 2020, with 14 public issues raising nearly Rs 27,000 crore. But the outcome for investors was a mixed bag of spectacular, good and poor performance of the shares offered. Fast food giant Burger King registered the most spectacular listing gains of 131%, followed by the 123% notched by tech firm Happiest Minds and 86% by Route Mobile.

IPOs that made investors rich in 2020

Some of these IPO stocks have risen even further. Route Mobile has been the biggest money-spinner with 221% gain from the IPO price. But some slipped to modest levels. Chemcon Specialty Chemicals shot up 72% on listing but has now settled to 20% above the IPO price. There are also some stocks which opened below the issue price. While SBI Cards and Angel Broking have managed to climb up, UTI AMC is trading below the issue price.

Job losses, working from home
The Covid-19 lockdown was the start of a pan-India collapse of businesses and industries, that led to a surge in unemployment, pay cuts and an unprecedented alteration of workplace.

The unemployment rate that fell to 24% in May recovered to 6%in September, according to Statista. People between 15 and 39 years suffered the most job losses between April and July, while those between 25 and 29 years accounted for about 46% of all job losses. According to CMIE, employment among white collar professionals was down by 6.6 million compared to a year ago, the biggest year-on-year loss among all salaried employees. According to an online survey conducted by the Economictimes.com in May, 39% of the 3,074 respondents surveyed, faced a salary cut, while 15% were set to lose their jobs.

Another big impact for employees was the near instant transition to working from home as businesses shifted online. Gig economy and hot-desking took off in a big way, and performance ousted work hours as the top appraisal criterion. It has also given rise to new job opportunities in fields like artificial intelligence, machine learning, data science, big data analytics, cloud computing and applied sciences, among others.

News in brief
Tax collected at source from 1 Oct
The government introduced a 5% tax collected at source (TCS) on several expenses from 1 October, including remittances to foreign countries under the Liberalised Remittance Scheme (LRS) and buying foreign travel packages. If the individual does not provide his PAN and Aadhaar details, the TCS will be higher at 10%. The tax would get refunded or adjusted against the total tax liability of the individual when he fi les his tax return. If the amount being remitted is from an education loan, TCS will be 0.5%.

Crude oil prices fell below zero in US
Crude oil prices in the US fell below zero in April as sellers were ready to pay buyers to take deliveries to avoid paying for storage of the commodity. This was the first time in history that buyers were getting paid to pick up oil. The West Texas Intermediate crude was trading at around negative $37 per barrel on 20 April. However, the price of oil picked up in May.

Lakshmi Vilas Bank delisted
Shares of the Lakshmi Vilas Bank got delisted from stock exchanges on 18 December, leaving lakhs of investors holding shares of no value. This was imminent after the troubled private bank was merged with DBS on 25 November. The major problem was the bad loans in its books, which have completely wiped out its net worth. Its gross NPAs were 25.4% in 2020.

RBI moratorium on Yes Bank
The RBI imposed a moratorium on Yes Bank on 5 March, capping withdrawals at Rs 50,000 per account. Yes Bank was grappling with mounting bad loans. It had substantial exposure to several troubled borrowers, including the Anil Ambani-led Reliance group, DHFL and IL&FS. Yes Bank CEO and managing director Rana Kapoor was arrested for alleged misappropriation.

Apple market cap exceeds BSE 500
The market cap of Apple Inc crossed $2 trillion in August, making it the world’s most valuable company. Apple’s market cap is bigger than the combined market cap of all BSE 500 companies and twice as big as that of the 30-share Sensex. In the past one year, Apple shares more than doubled in value from $53 to $130, a return of 145%. Apple stock has given annualised returns of 32% in the past 10 years. Dollar appreciation has added to gains of investors in other countries. For investors in India, the returns are 39% in rupee terms.

Global Artificial Intelligence as a Service Market 2020 Share, Trend, Segmentation and Forecast to 2026 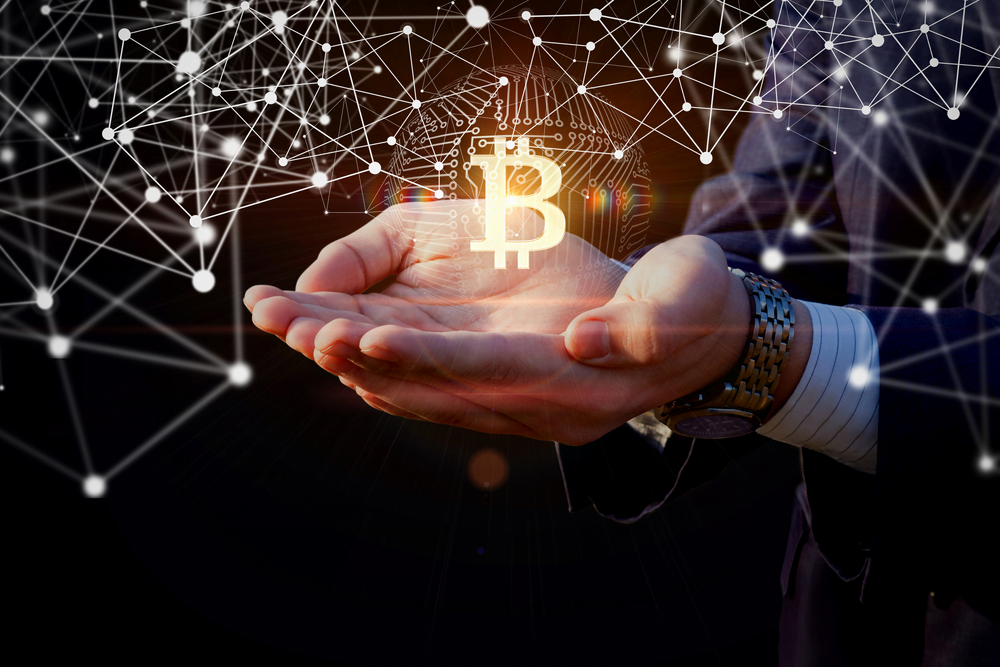 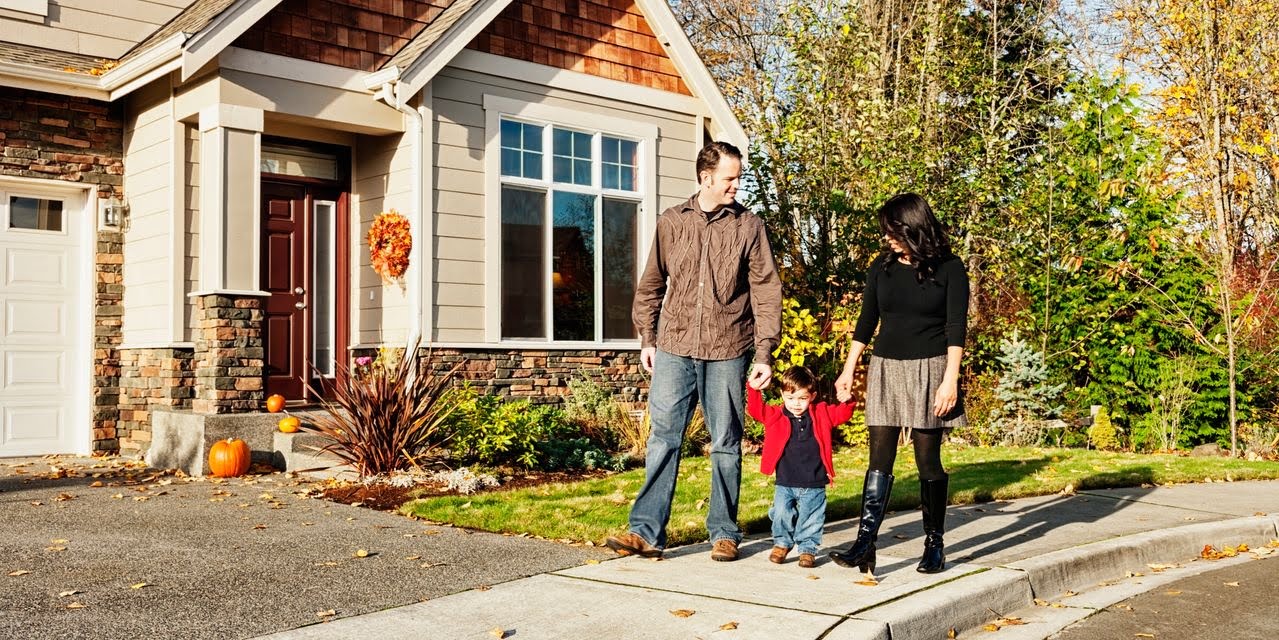 Mortgage rates jump to the highest level since August — is the refinance boom over? 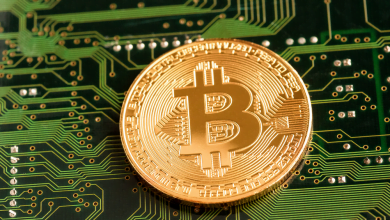